For the last 1300 years, ‘the common thread of Custodianship’ of the Kingdom of Mewar runs through the Family. The Custodianship is a tremendous responsibility on the shoulders of the person who carries it. It is a responsibility, one carries for his Ruling deity, Parmeshwaraji Maharaj Shree Eklingnath ji, whom one represents in this world, and for the subjects of the ruler and the Kingdom of which he is the custodian. The concept of custodianship has to be built on a strong foundation, each brick attached firmly to the other.

In this case, the oath administered to Bappa Rawal in 734 CE by his Guru Mahrishi Harit Rashi that he will rule, as a Diwan of Shree Eklingnath ji, had to be adhered to by all the subsequent rulers of Mewar, without any exception. Fortunately, it has been so and the oath has been respected down the line until to date, by Shriji Arvind Singh Mewar since 1984. That common thread runs through the Mewar family.

Weather it was Bappa Rawal or later his successors like Khuman III who stopped the Arab armies at Sind on the borders of India. Maharana Kumbha, who with his strong army, did not allow the Muslim rulers of Gujarat and Malwa to conquer Mewar. Later Maharana Sangram Singh I who created a strong confederacy of Rajput Kingdoms in Northern India to defeat Ibrahim Lodhi the Sultan of Delhi, at the battle of Khatoli and subsequently to take on the Mughal invader Babar. All this actions of protecting their people and the kingdom are very high attributes for custodianship.

Maharana Udai Singh II, a great visionary, to protect the Mewar family and the Kingdom shifted the Capital of Mewar from Chittor to Udaipur, which had natural defences in the form of hills, lakes and forest. This was lacking in Chittor, being a hill top fortress and if surrounded by the enemy it was do or die without any escape route. Here again the custodianship comes into play, as half the population left Chittor along with their Maharana and came to Udaipur to find and built new homes and renew their professions in this new capital.

Maharana Pratap I was fortunate in that his father Maharana Udai Singh created the base for him and he could indulge in Guerrilla warfare, without ever submitting to the enemy. The people of Mewar had tremendous faith in his custodianship as they followed Pratap and never questioned him through good or bad times. So much so that at the height of Mugahl invasion, Pratap had banned all commercial activities and agricultural practises in Mewar by following the principal of scotched earth policy.

Maharana Jagat Singh I during his reign built the now famous temple of Shree Jagdish in Udaipur and during his travels to Kashi Banares had given the land Patta of Sinhad village to the Tilkayat family in worship of Shreenath ji.

Maharana Raj Singh I, faced tremendous pressure from Aurangzeb and in spite of trying to keep good relations with him stood firm when the cards were down. He married the Princess Charumati of Kishangarh to protect her from evil designs of Aurangzeb. He was the only ruler to allow not only Shreenathji, but allowed Shree Vithalnathji and Shree Dwarkadeshji to come and make their abode in Mewar, in spite of strong opposition of Aurangzeb. It would not be wrong to say that Mewar has always been God’s country with the presence of Shree Eklingnathji at Kailashpuri, Shree Charbhujaji at Gadhbor and Shree Keshariyaji at Rishabdev. Later in the 17th century this concept got confirmed when one after another the Idol of Gods from Jatipura, Mathura started arriving in Mewar at the height of atrocities committed by Mughal ruler Aurangzeb on Hindu temples and their worshipers. Shreenathji and Shree Vithalnathji came to Nathdwara, Shree Dwarkadeshji came to Kankroli and were reverentially received by the rulers of Mewar. Not only this, both Maharana Raj Singh I and Maharana Jai Singh built huge lakes, Rajsamand and Jai Samand, to mitigate the suffering of the people by providing water for irrigation, by which fulfilling their obligation as custodians.

At the time of Maharana Bheem Singh, the economic situation of Mewar was perilous due to Maratha excursions into Mewar and asking for ransom. In his wisdom, he signed the treaty with the British East India Company to get military help, but neither he nor his successors succumbed to the British dictate. From their right through whether it was Maharana Sajjan Singh or Maharana Fateh Singh they stood firm against the British interference in their rule of their Kingdom or any pressure from the British to bow down to their wishes. It was shown at the time of Prince of Wales visit to Bombay where Maharana Sajjan Singh met him without sitting on a chair offered to him much below his status or to Maharana Fateh Singh at the Delhi Durbar of 1903 and 1911. Maharana Fateh Singh, a great administrator, did lot of work in Mewar including repairing of all the dams in Mewar spending large sum of money, again to fulfil his obligation as the custodian.

Throughout all these 13 centuries the Rulers of Mewar have adhered to the concept of custodianship, a form of governance, whether it was in ancient times fighting wars against enemies or in modern days to improve the life of their subjects, in the form of better communication, schools, colleges, hospitals, rail connectivity, better roads, water supply etc. Even after losing political power, Maharana Bhagwat Singh Mewar took the initiative to convert their heritage Palaces into hotels and the City Palace into a Museum to promote tourism. His son and the present 76th Custodian of The House of Mewar Shriji Arvind Singh Mewar has taken it to a higher level to full fill their custodianship by providing jobs to hundreds of people and too many more ancillary industries, which are dependent on Tourism.

"Through every act and function we perform, every service we provide day after day, we uphold and reinforce that truth according to the precise dictates passed down from our founding forefathers," says Shriji Arvind Singh Mewar of Udaipur, the 76th custodian in the longest serving unbroken custodianship in the world. 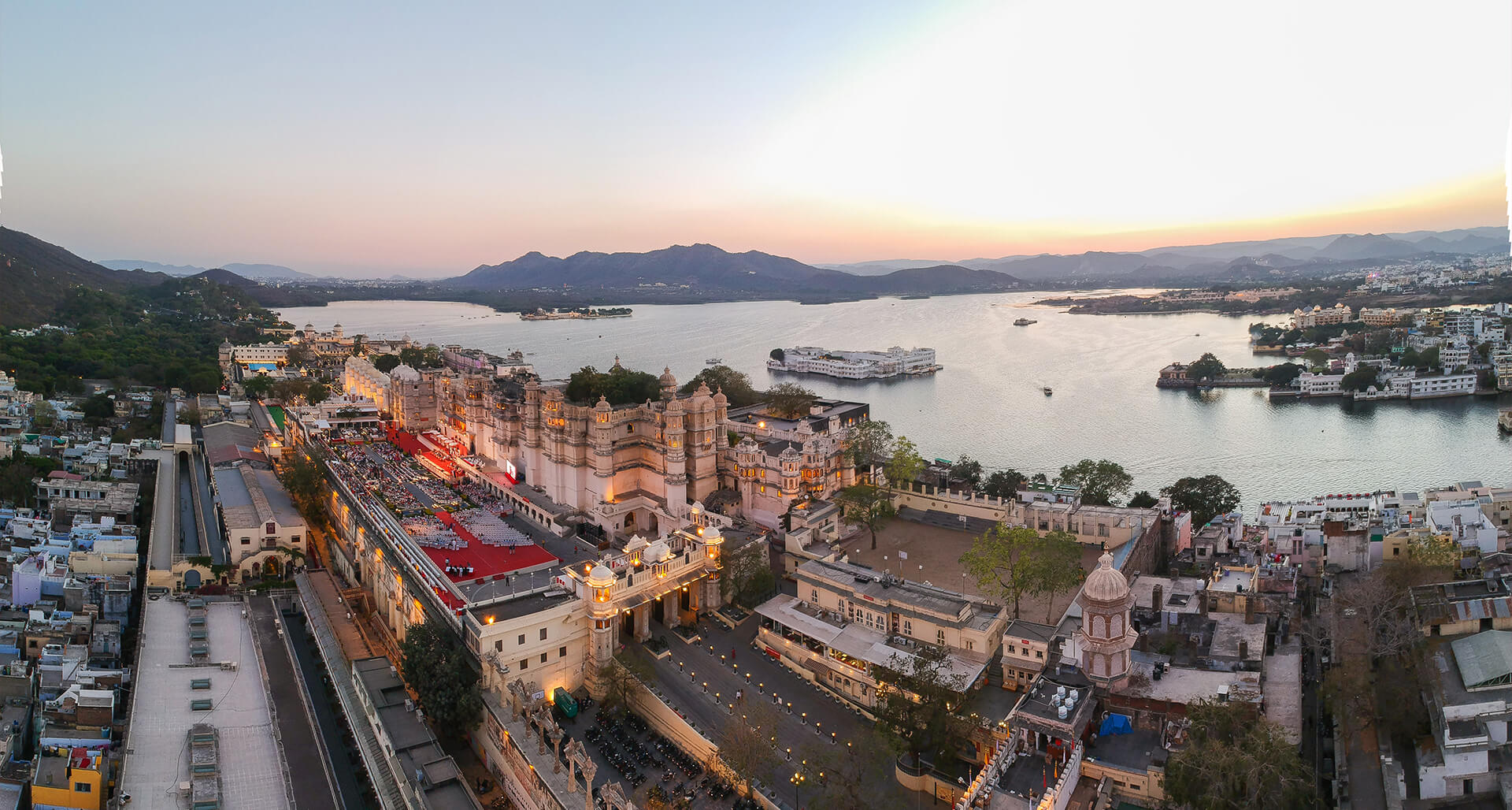 This year in Mewar