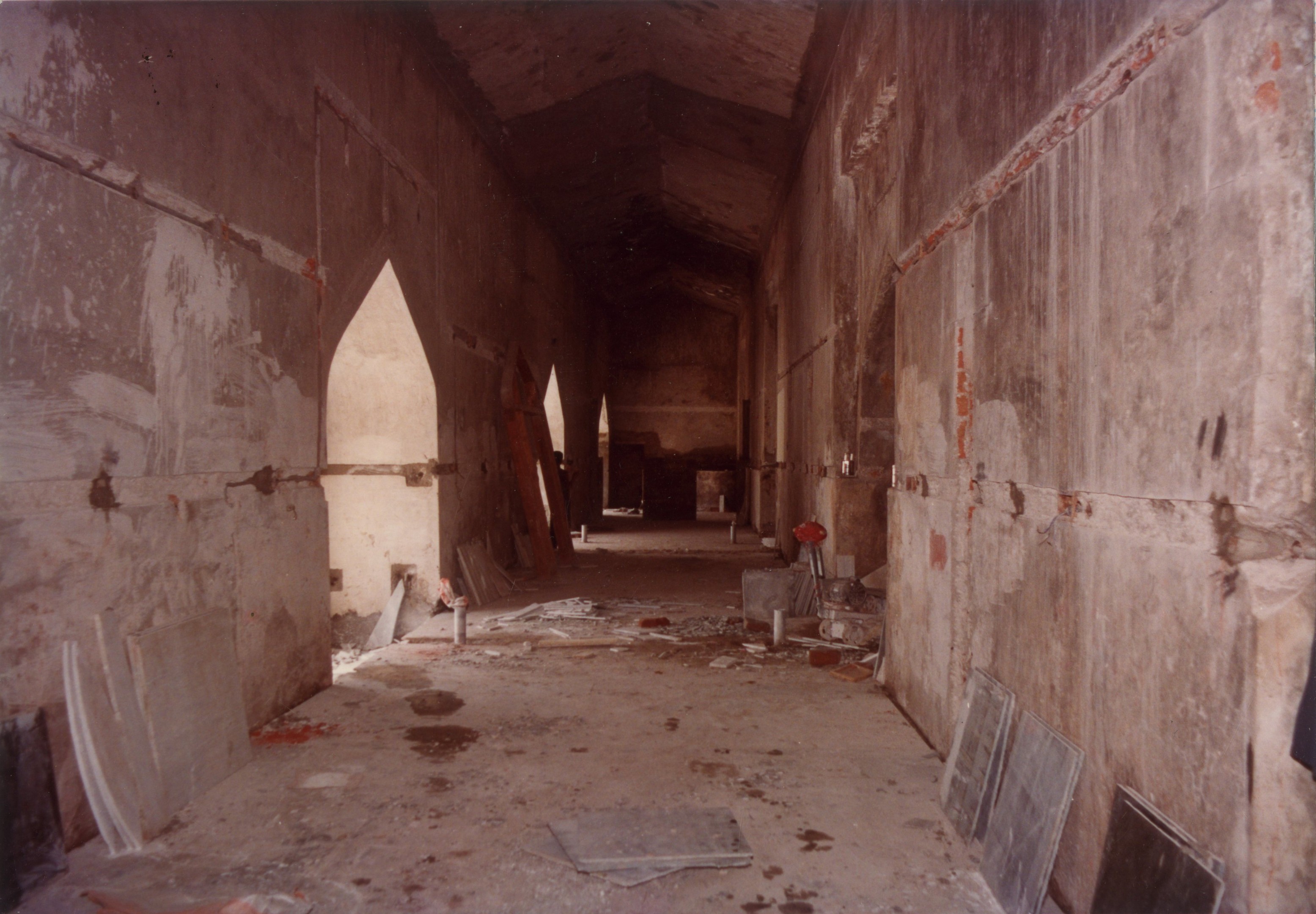 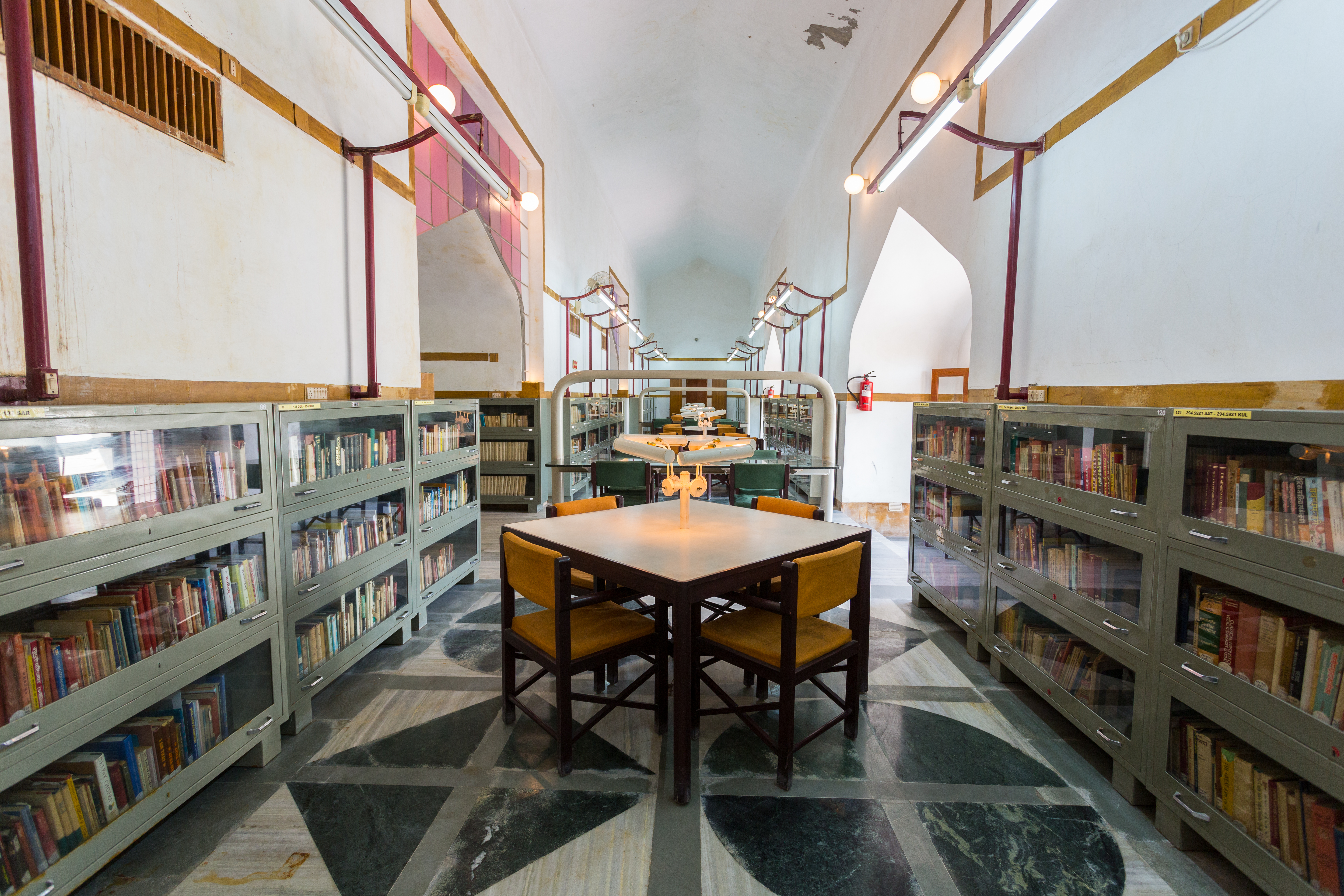 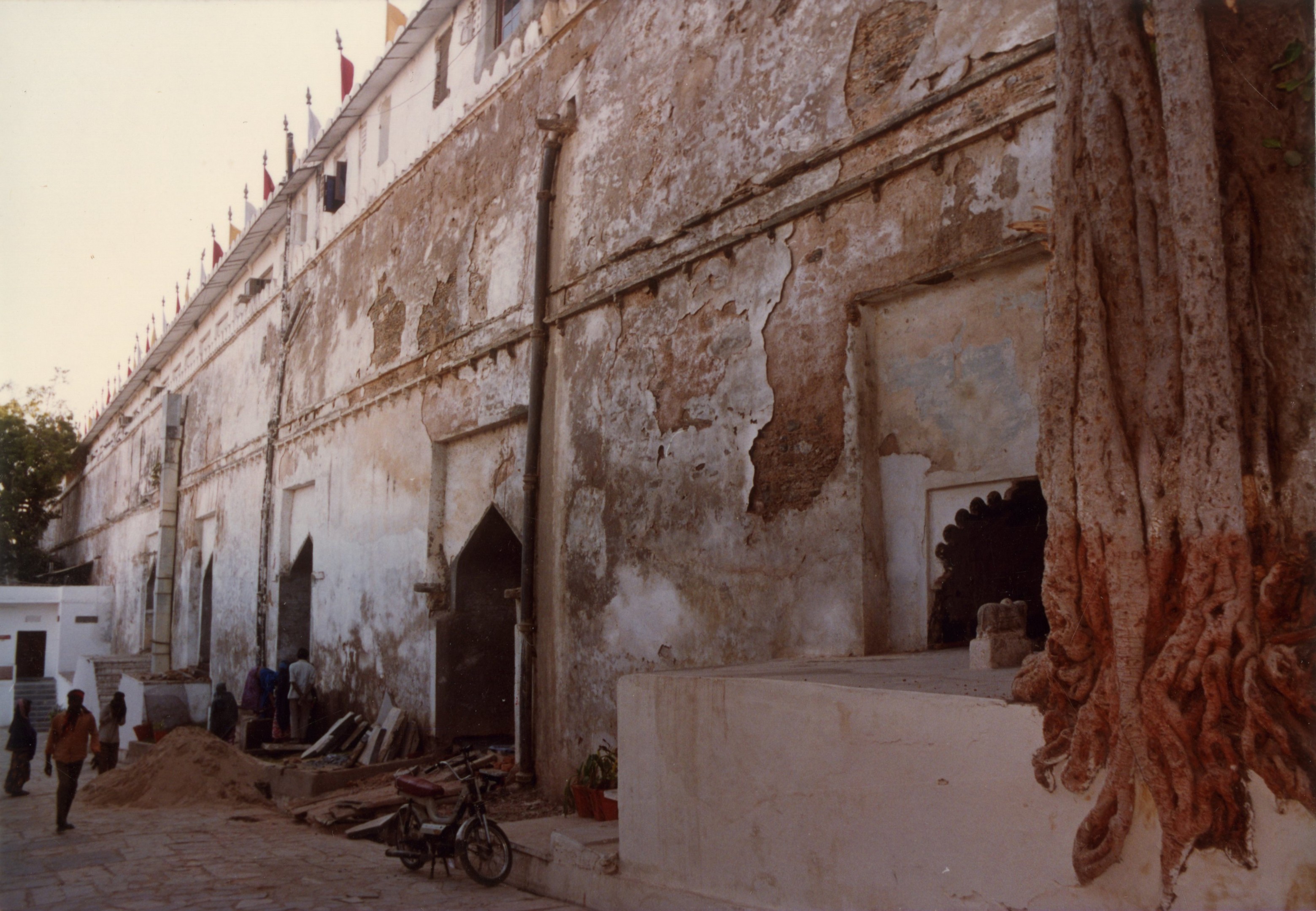 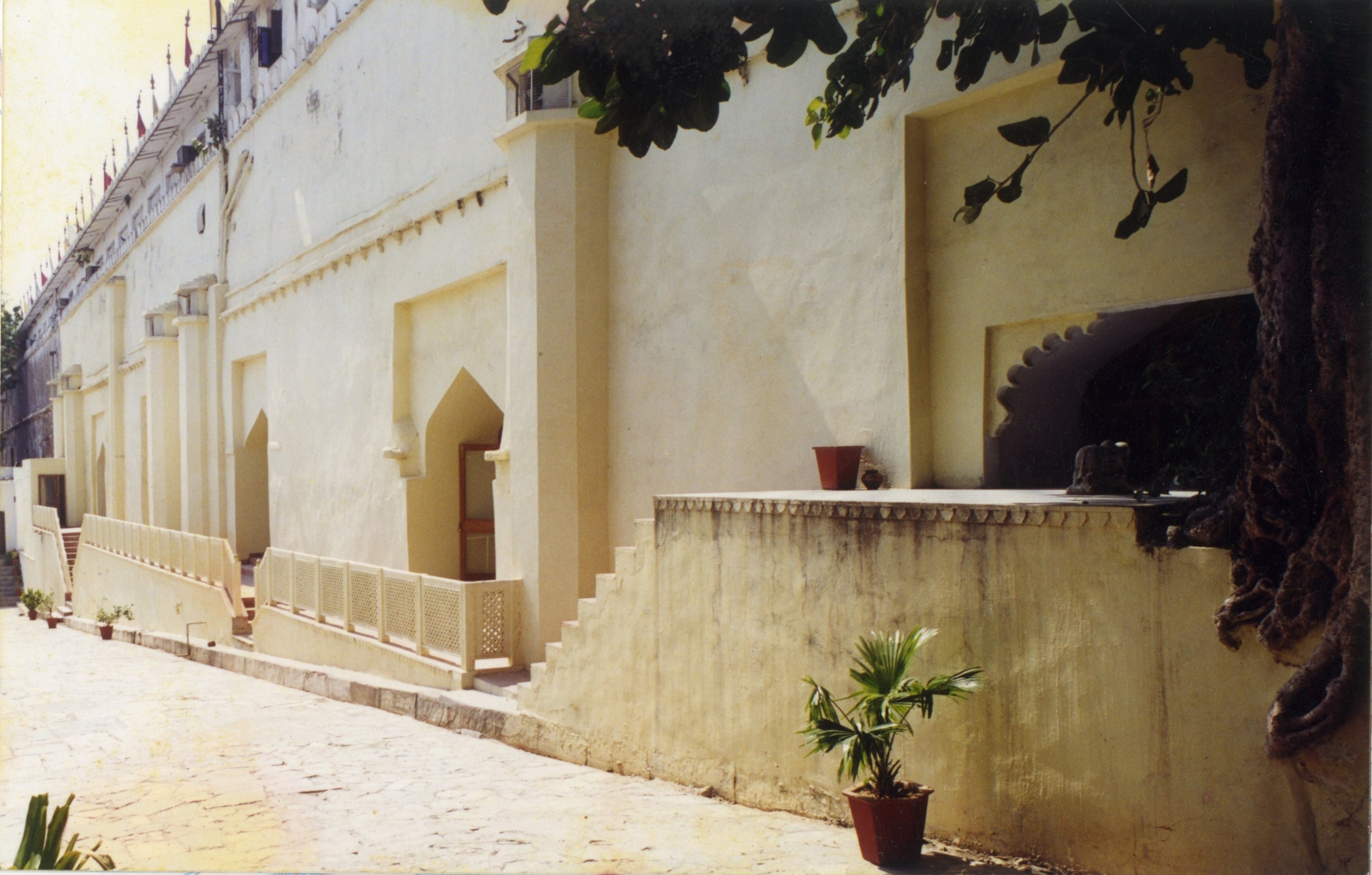 The catacombs carved out on the eastern edge of the hill are the foundations of the Manek Chowk, the main courtyard of The City Palace, Udaipur. This sixteenth century subterraneous space served as an erstwhile store for horse and elephant fodder, and grain for humans from the sixteenth to the nineteenth century in times of siege on the earlier Mewar state. The catacomb structure is representative of the unique Rajput spatial planning of hill forts in this region. The Maharana of Mewar Charitable Foundation reopened these catacombs in 1996. The catacombs were found in a dilapidated state, filled with debris, damaged plaster on walls and ceilings and profuse seepage on the western end. The guiding principle for conservation work initiated by the Maharana of Mewar Charitable Foundation in 1998, was, two fold. Firstly, to restore the dilapidated structure and secondly, to provide an appropriate reuse with minimal intervention.

Considerable technical ingenuity and aesthetic sensibility transformed these catacombs without altering the character of the historic space. It took two years of laborious conservation work and 200,000 USD to convert these 1216 square meters of space into the Maharana Mewar Special Library (MMSL).The metamorphosis of the catacombs in the year 2000, into the state of the art library for special studies on Mewar culture was a commendable addition to the cultural cape of Udaipur. The vision behind the project was “A World unto Itself”, an extraordinary space where the past meets the present, in order to contemplate the future. The ancient storehouse for the sustenance of body were transformed into a contemporary storehouse for the sustenance of the mind.

Maharana Mewar Special Library (MMSL), on 8th April 2000 this library was viewed as a new addition to the 'cultures cape' of Udaipur and the expansive perspective of MMCF.  It was and is 'A world unto itself’  an extraordinary space where the past meets the present in order to contemplate the future. The library has a collection of more than 35470 books of varying antiquity, which includes 10000 books on literature, 8961 on religion, 7999 books on general geography and history connected with the world, India and Mewar Dynasty, 6000 books on art and architecture and many other subjects. The library is also a unique repository of archival documents, rare books and maps. These materials have been catalogued using LIBSYS software and the digital catalogue.

Maharana Mewar Special Library is a modern facility situated in the The City Palace which houses a unique collection of manuscripts and tamrapatras, paintings and their illustrations, books, maps and almanacs, collected by several generations of the royal family of Mewar. Keeping with the needs and demands of the present day, the library has been professionally catalogued through extensive computerization and accurate documentation using the latest library software. The Library uses a web based library management solution to enhance the total library experience through value added features and services which is called LIBSYS. It has been serving the library community from past 30 years with a focus to deliver user friendly and technically sound solutions. They were the pioneers for library automation in India. Having served more than 3000 satisfied Scholars, both in India and internationally, products carry unmatched depth in functionality augmented by reliable services.Also, to assist national and international scholars, students, and the general public, we have provided a comprehensive search facility which will enable one to access and acquire the contents online on our website.