Splendour of Silver - reflecting the finest of silversmithy

The Silver Gallery is open to all from 4th March 2013. You all are invited to see the finest of silversmithy!

The collection displayed at Amar Mahal, The Zenana Mahal, The City Palace Museum, Udaipur ranging from objects like the grand wedding mandap to items of ritual use and royal transport. Several unique items such as the Ram Rewari, and religious items from the collection are shown here for the first time.

The Modernization / Renovation of The Zenana Mahal of The City Palace Museum, Udaipur 313001, Rajasthan, India is being undertaken with financial assistance under the scheme 'Setting Up, Promotion & Strengthening of Regional & Local Museums' from the Ministry of Culture, Government of India, New Delhi.

Shree Parameshwarji Maharaj, the presiding deity of the Shree Eklingnath ji temple has been the family deity of the Maharanas of Mewar ever since the foundation of the state was laid by Bappa Rawal. Indeed, the Maharanas have always considered themselves custodians in the service of Eklingji, with the deity being the real ruler of the state. Eklingji continues as the dynastic shrine for the House of Mewar and the spiritual bond is as deep today as it has been over the past centuries.

In past times, as today, the court of Mewar maintained links with the wider world outside its borders, both with other Rajput courts as well as with the Mughal establishment. Although perhaps initiated in political and economic contexts, these connections also manifested as shared influences in the arts. In terms of techniques, the Mughal influence is seen in items like the gulabpash (rose water sprinkler) and the surahis (decanter bottles)known locally as kunjis. Most of the other techniques are local, including examples of pierced work and cladding, where silver sheets are used to cover the contours of wooden objects.

A simpler aesthetic dictates the design of the other items, perhaps purposefully so, as they were used in the daily prayer rituals at the Shree Eklingnath ji temple complex and monastery. For the creation of these objects, the craftsman deployed a combination of cold mechanical assemblage systems like flanging, riveting and screwing, and the common casting processes of heat including soldering. The final result was a collection of classic forms, devoid of chased or engraved decoration, but all the more noble for their simplicity and practicality. 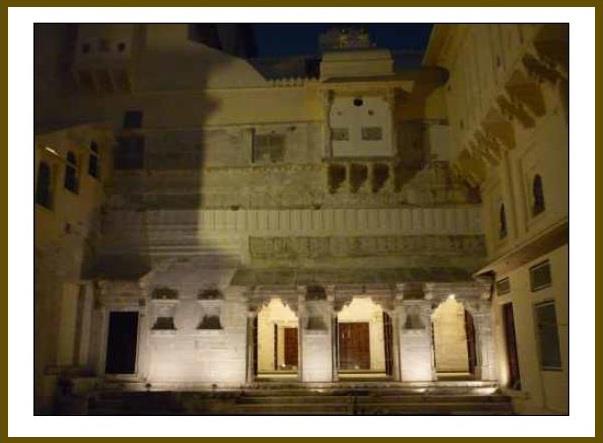 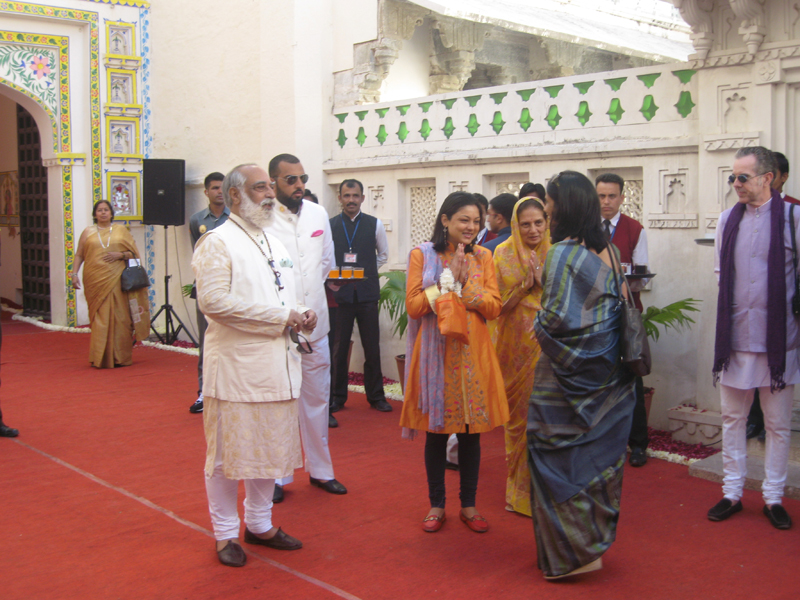 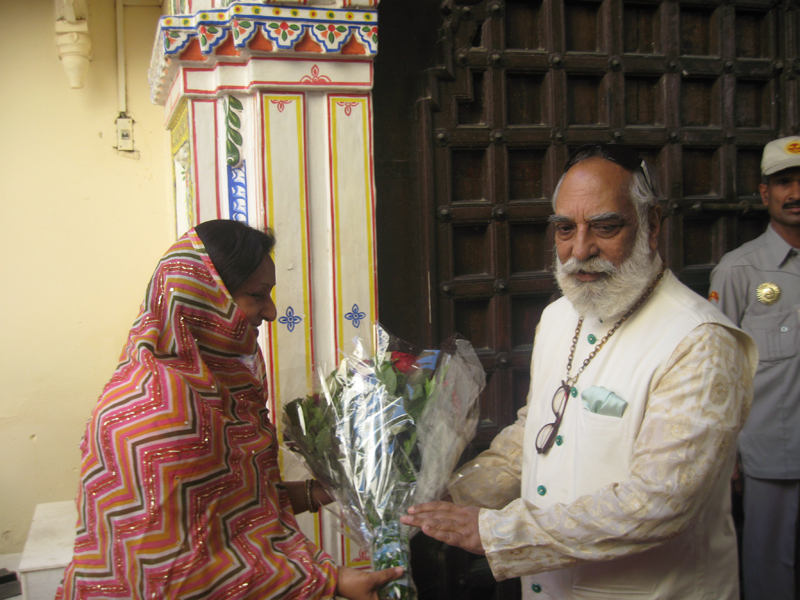 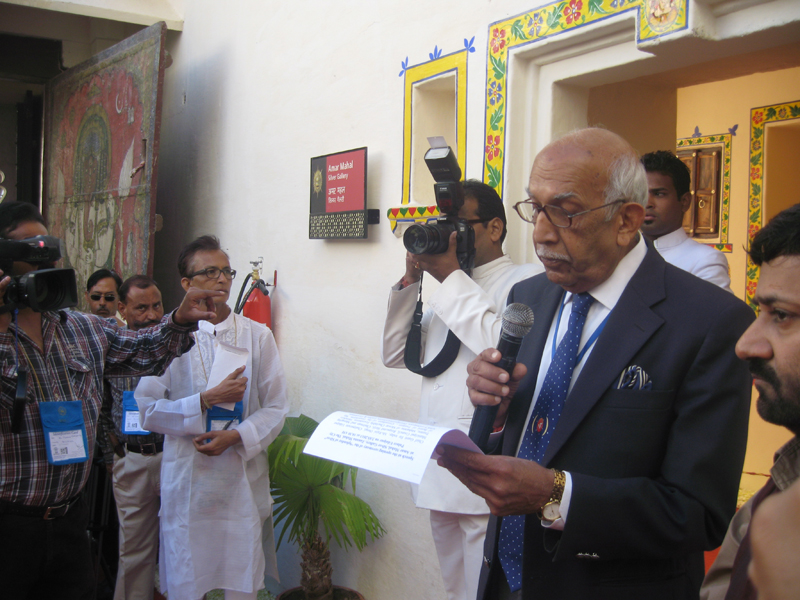 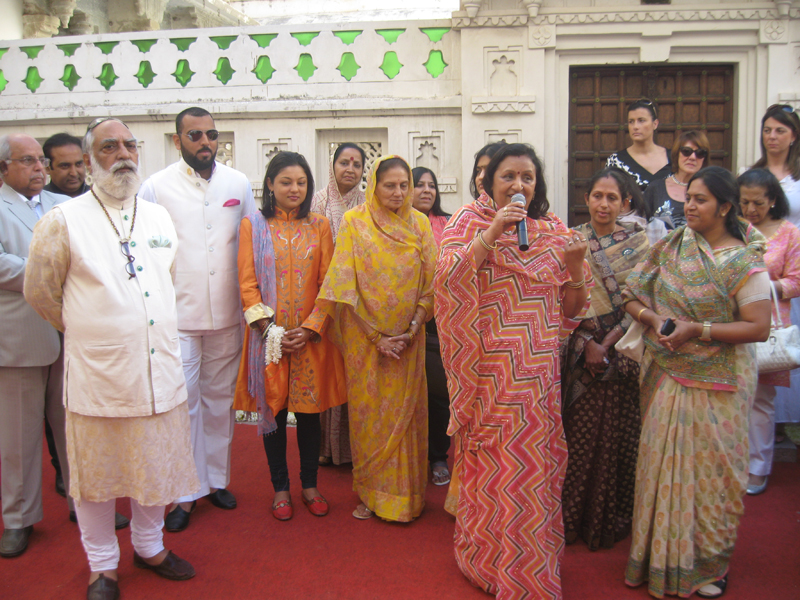 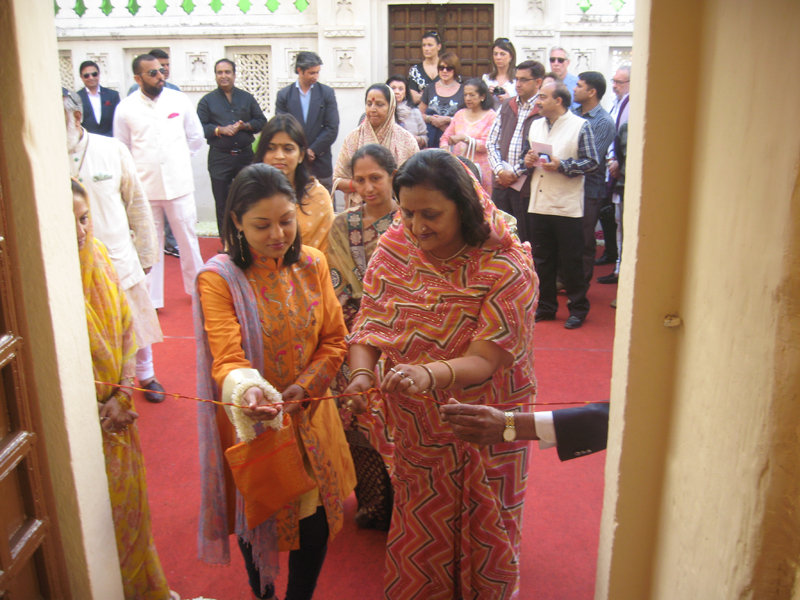 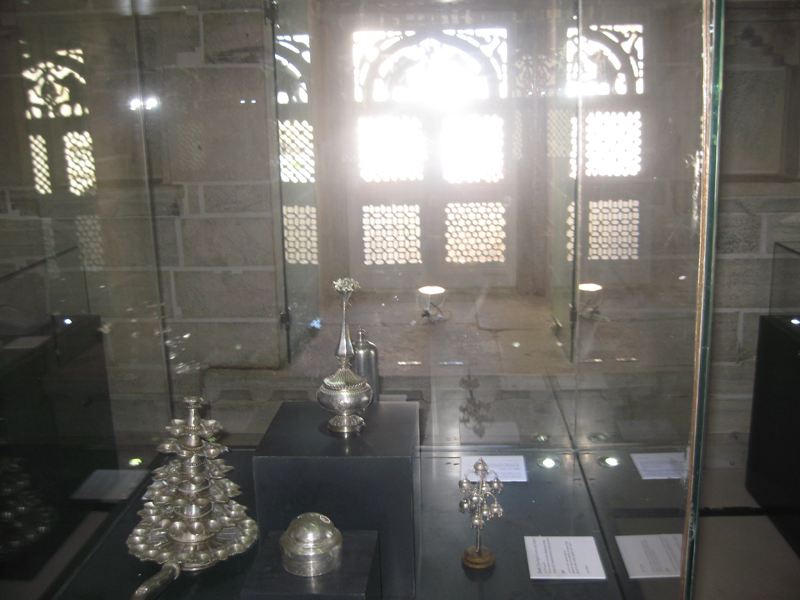