Who better to tell the story of Mewar than this structure which has remained while several generations have come and gone. Generations that have faced the onslaught of invasions and like true warriors protected what was rightfully theirs.
Generations that have valor, honour, art, vision and leadership running in their genes.

A silent witness of the history of the Rajput kingdom now stands as the narrator after being turned into a heritage museum. The City Palace.

This site near Lake Pichola was chosen on the advice of a hermit, Goswami Prem Giriji Maharaj, who lived in a small hut there. It is under his guidance that the Maharana had decided to build his court here. Well protected on all sides by forests, lakes and the Aravalli Hills, it was also ideal because of its vantage and strategic location.

Architecturally, it is a marvel, not only for its design but also for its exquisite use of marble, granite, silver work, glass inlay work, coloured glass mosaic, wall paintings and delicate mirror work that adorn the towers, balconies and pillars.

The structure looks like one edifice from the outside belying the multiple inter-connected towers, domes, courtyards, cupolas, canopies, terraces and balconies within. There are 11 palaces within the City Palace which have an intricate network of chowks and zigzag corridors to prevent surprise attacks from enemies.

The exquisite palace provides a scenic view of the Lake and Udaipur City from its terraces and given the history of Mughal invasions, it is no surprise why it was planned in such a way.

Today, besides being protected as a heritage site and a museum with a living record of the history of the Rajput Kingdom, it is also a self-sufficient developing complex that houses a post office, a bank, boutiques, artisans’ corners, miniature painters’ nooks and numerous craft stores for travelers to take home souvenirs of.

What began with Maharana Udai Singh II was carried forward by his successors which primarily included Maharana Karan Singh, Maharana Sangram Singh II, Maharana Swarup Singh, Maharana Sajjan Singh and Maharana Fateh Singh among others. Today, Shriji Arvind Singh Mewar is the 76th Custodian of this beautiful monument that has stood the test of time over 4 centuries, and still stands strong and proud. 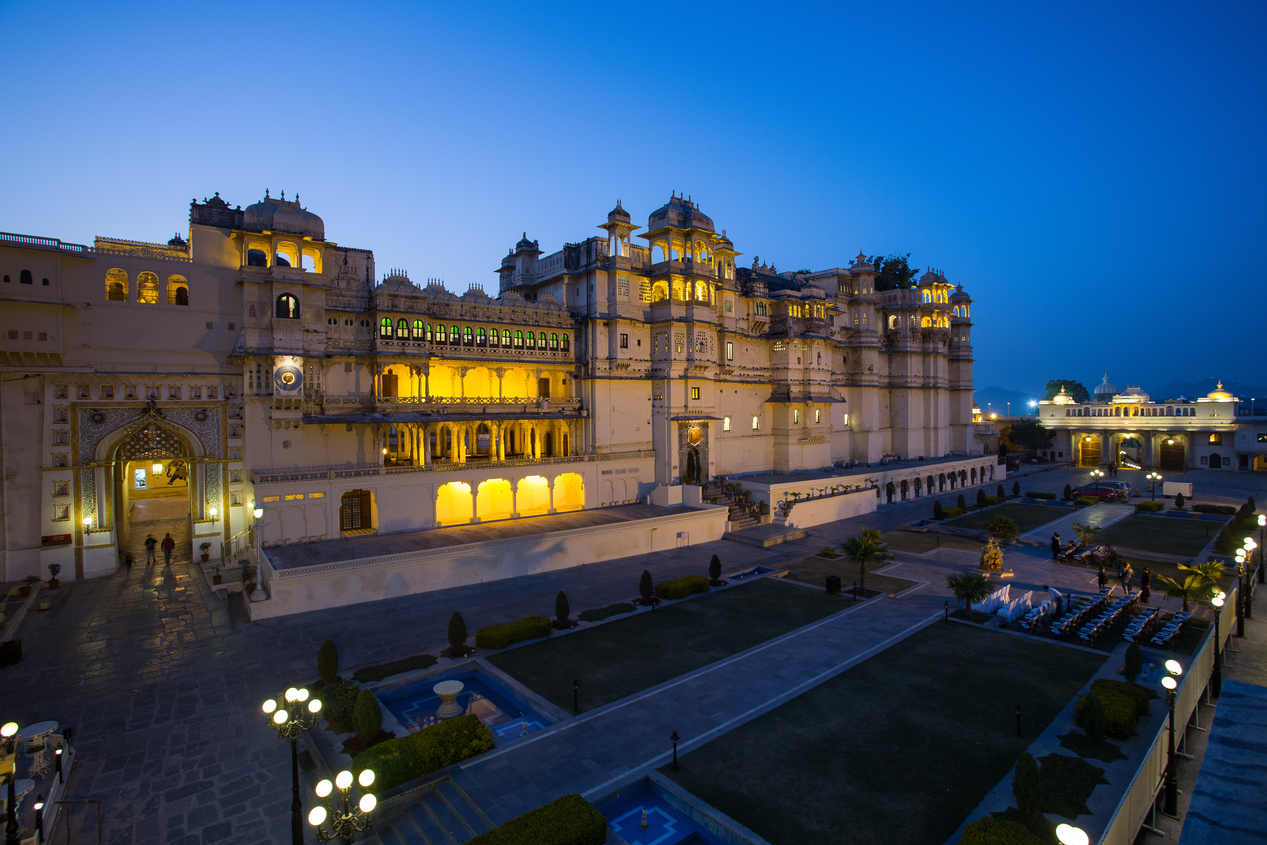