World Living Heritage Festival 2014 is a salute to heritage. And we salute the salutation!

“Parakeets and pigeons flitting around, peacock calls, stimulating presentations and discussions by experts from around the world, the sound of music and the rhythms of dancing feet… all within the beautiful City Palace Complex which boasts museums, art galleries, and award winning heritage palace-hotels. This and much more constituted the second World Living Heritage Festival-2014 at Udaipur.

The event was a treat for art lovers. It was also a tremendous boost for the cause of conserving our centuries-old, precious heritage, both tangible and intangible. The talks, case studies and animated discussions threw up interesting ideas and strategies for the understanding, preservation and contemporisation of age-old traditions,” pens down Ms. Aruna Chandaraju from The Hindu in her event report published on 21 st March in the Art & Culture section of the supplement.

Organised by the Maharana of Mewar Charitable Foundation (MMCF), Udaipur, in association with UNESCO, New Delhi, from March 13 to 16, World Living heritage Festival 2014 was a successful sequel to its launching chapter, held two years ago. The three-day event comprised of an interactive platform for eminent personalities representing international agencies, foundations, government agencies, NGOs, educational institutions, as well as media persons and artisans from various traditions. The festival climaxed with the much talked about Holika Dahan ceremony that brings back to life the epic story of Prahlad and Holika and marks the beginning of a fresh and positive start of life. Eternal Mewar and its creator, Shriji Arvind Singh Mewar, the 76th custodian of the House of Mewar have kept this episode of the Hindu mythology and the centuries-old cherished tradition meticulously.

Shriji Arvind Singh Mewar, Chairman and Managing Trustee, MMCF, Udaipur, underlined the importance of conserving our rich culture and dwelt on the difference between heritage and history. The former comes to us as an inheritance and the latter is generally the subject of books, he said.

Vrinda Raje Singh, CEO, Joint Custodianship Initiatives, MMCF and Festival Coordinator, said: “We regard Shriji as the father of the living heritage movement in our country. The House of Mewar is a heritage-bearer which practises its age-old traditions while deeply involving the community of Udaipur. So, both the tangible and intangible heritage can be experienced within the City Palace Complex.”

Rang, the workshop that showcased many local art forms and artists received an overwhelming response from the audience that poured from all part of the World. Also organised was a Heritage Walk through Unnoticed Udaipur along with tours of the City Palace Museum that brought the city and its prized possessions under the spotlight. The sculpture gallery titled ‘Divine Gesture—The Magnificence of Mewar Spirituality’ was inaugurated by the Ambassador of Austria to India, Bernhard Wrabetz. Ms. Alka Pande is the consulting curator of this gallery.

The colourful events round-up led to Holika Dahan ceremony, wherein Shriji and his son Lakshyaraj performed age-old rituals prescribed for Holi Pournima. The Holi bonfire, more cultural performances and a fireworks show followed and gave the World Living Heritage festival a beautiful climax, leaving the audience awed with so much passion for heritage and culture. Seems like there’s already an eager wait for the next season of World Living heritage Festival! 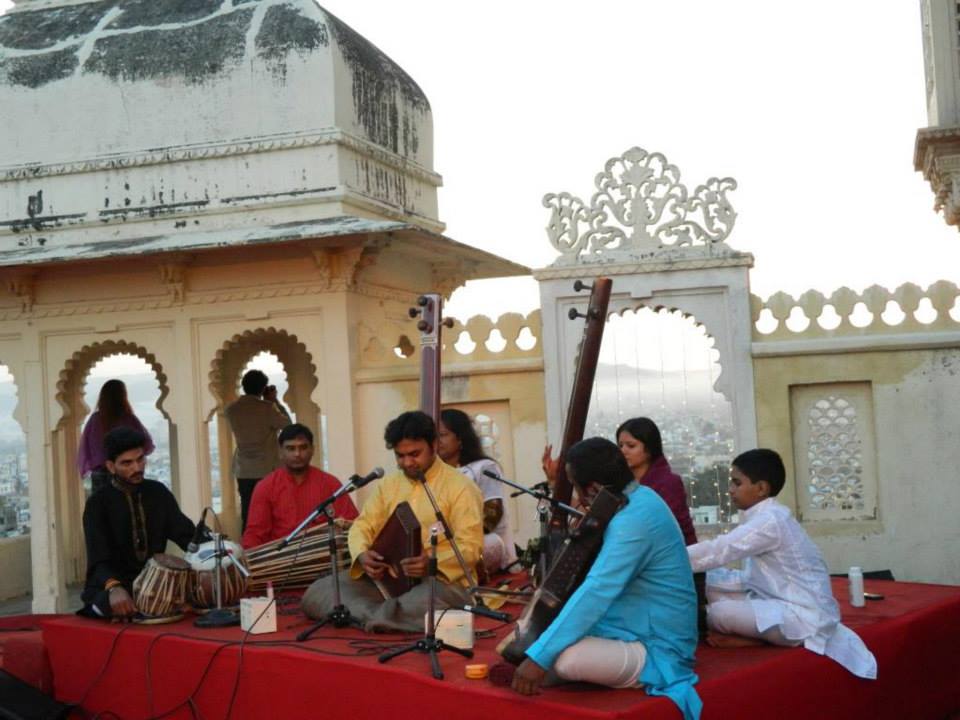 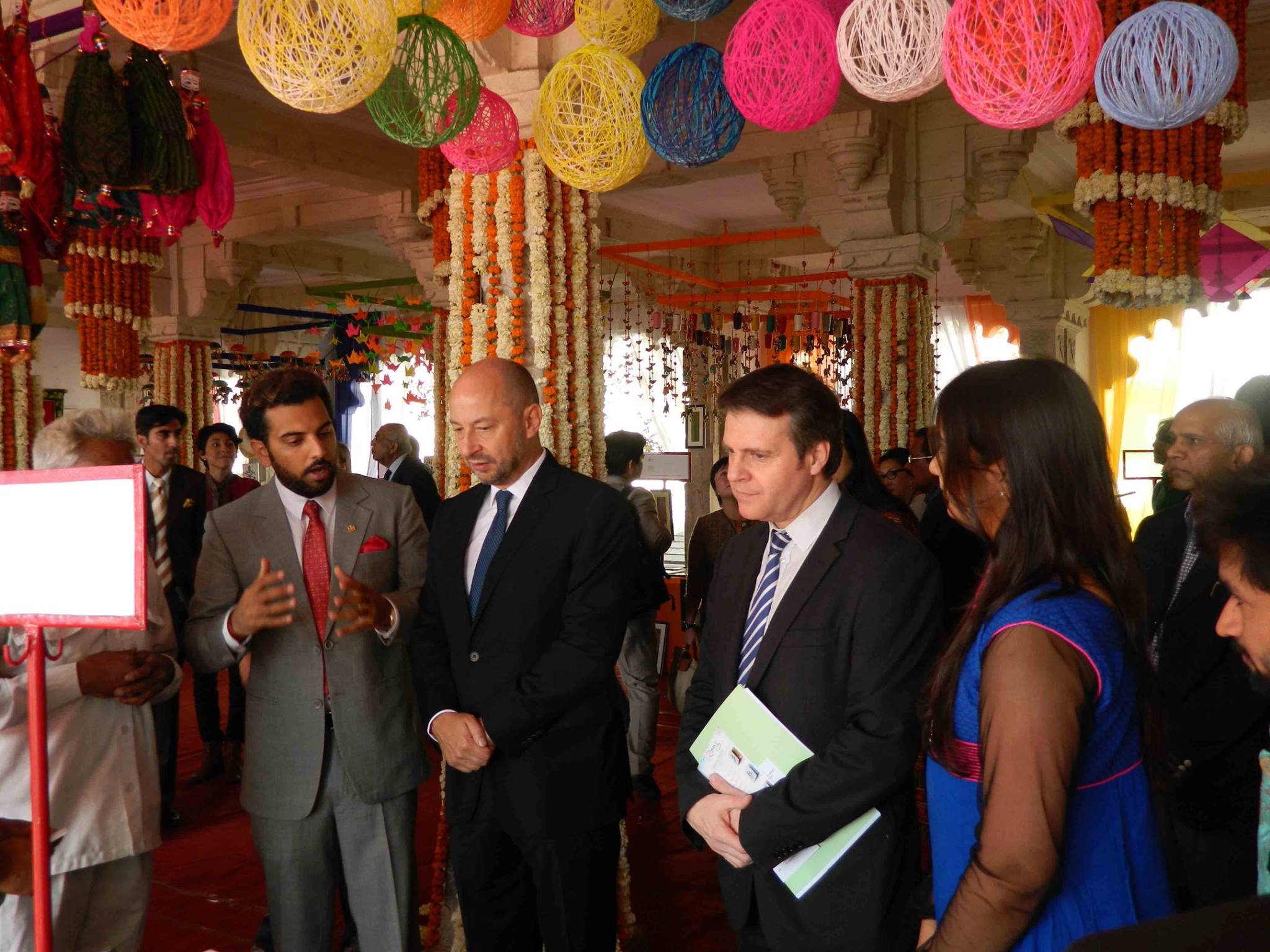 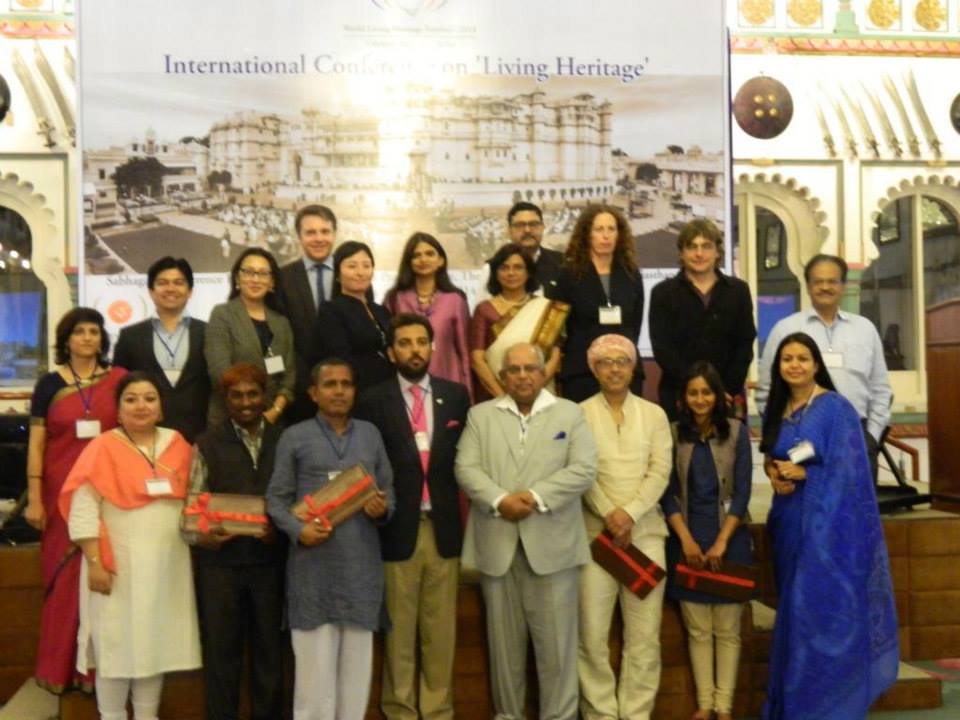 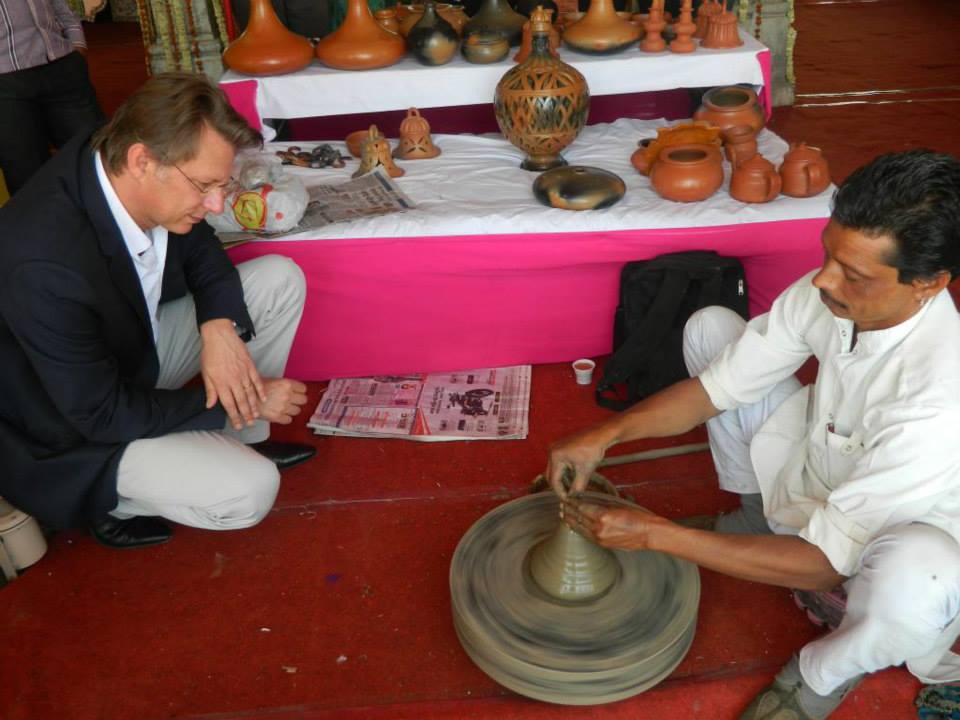 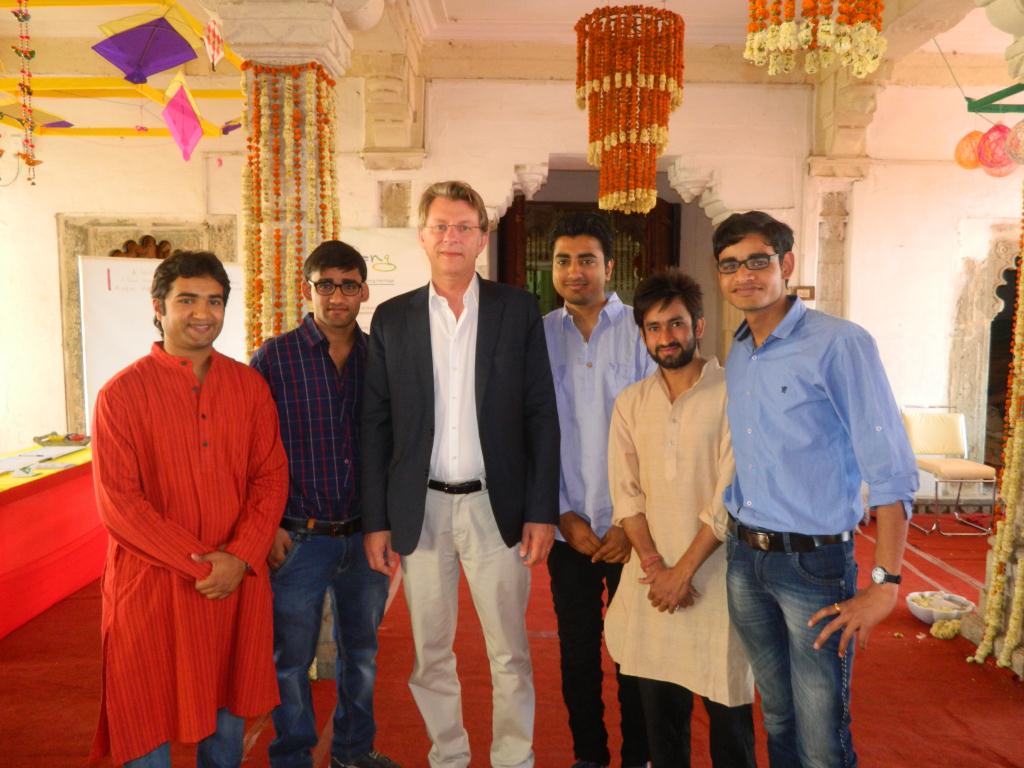 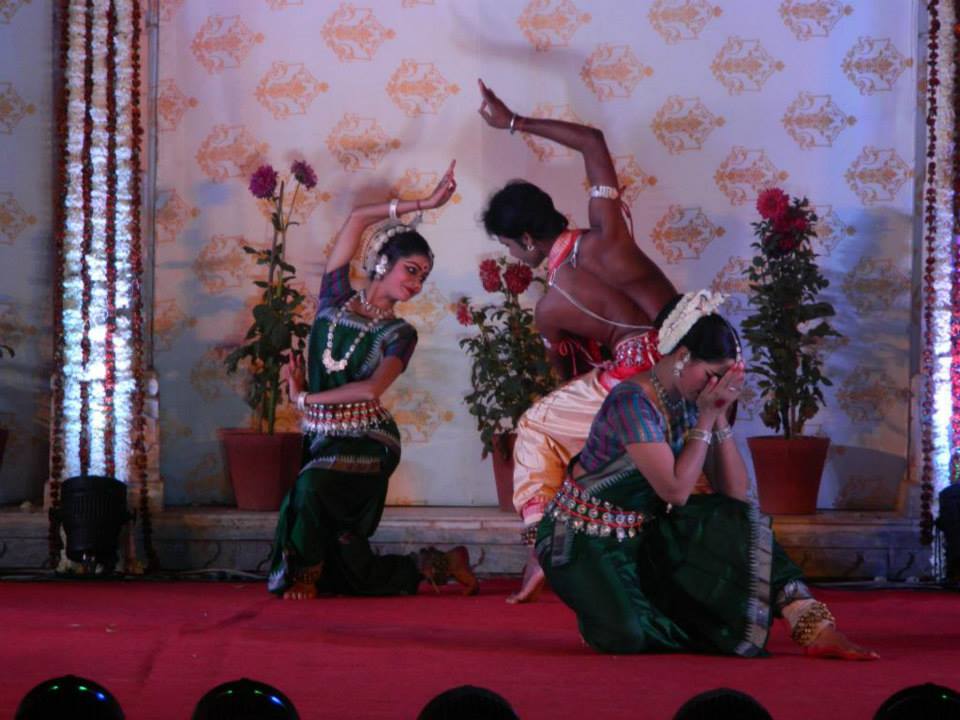 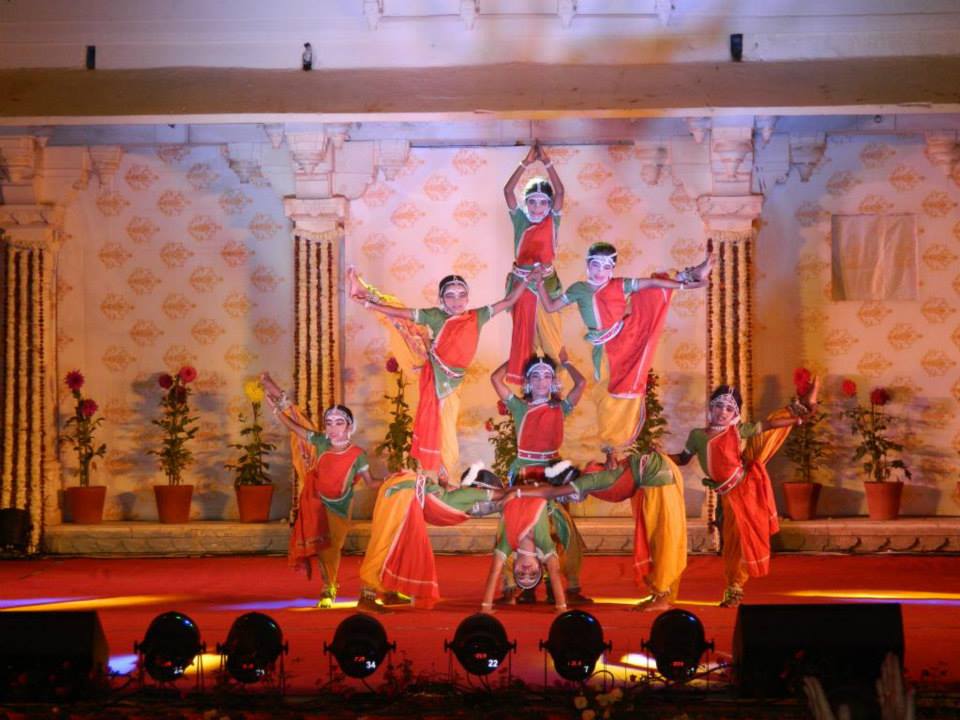 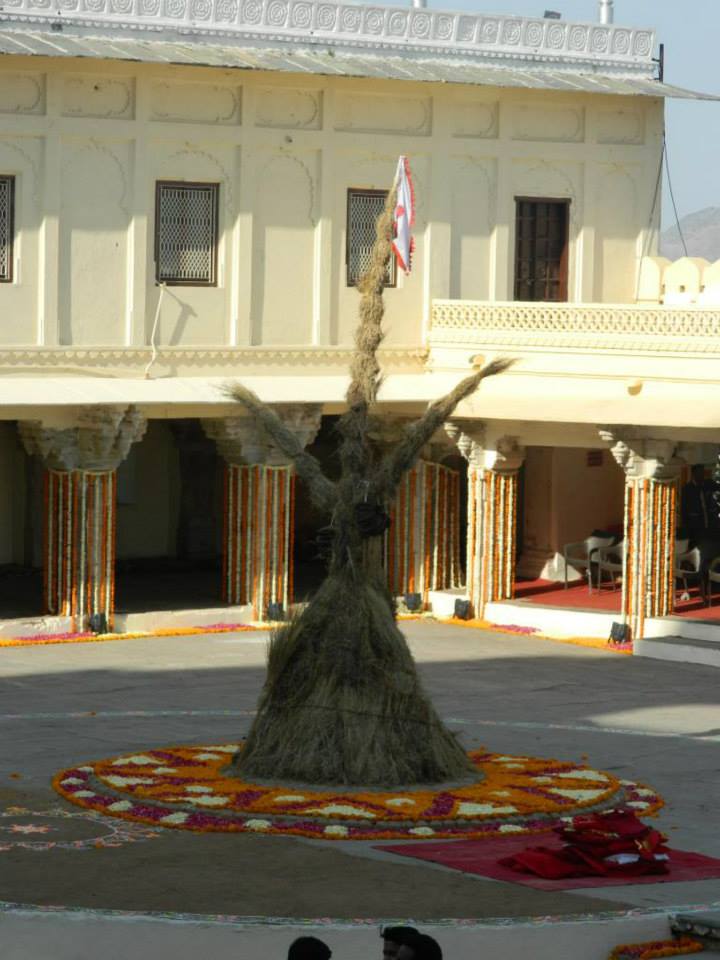 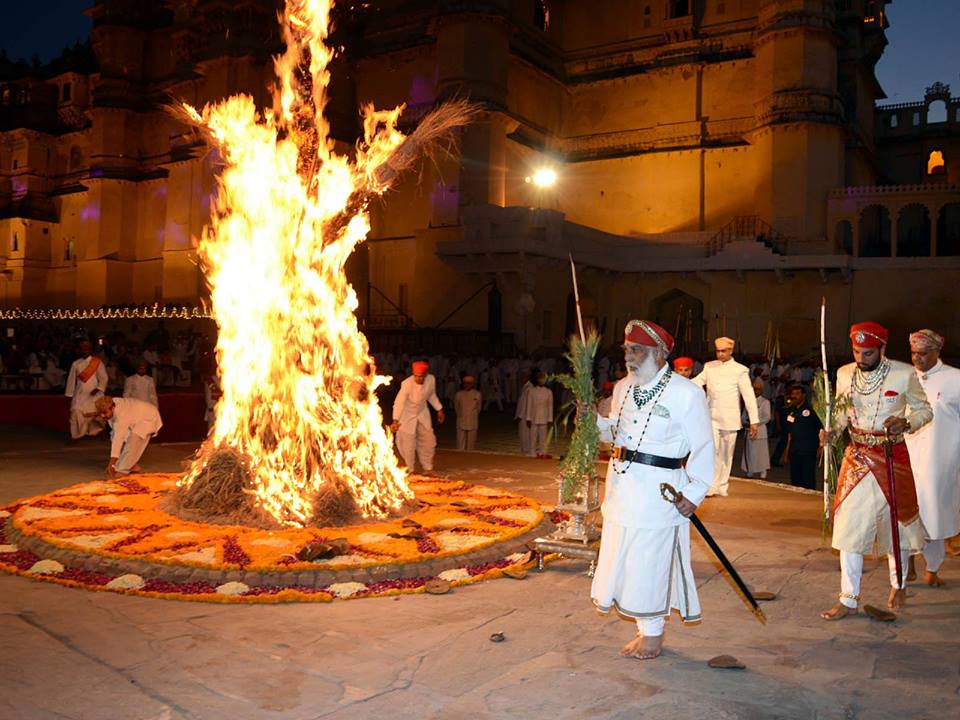 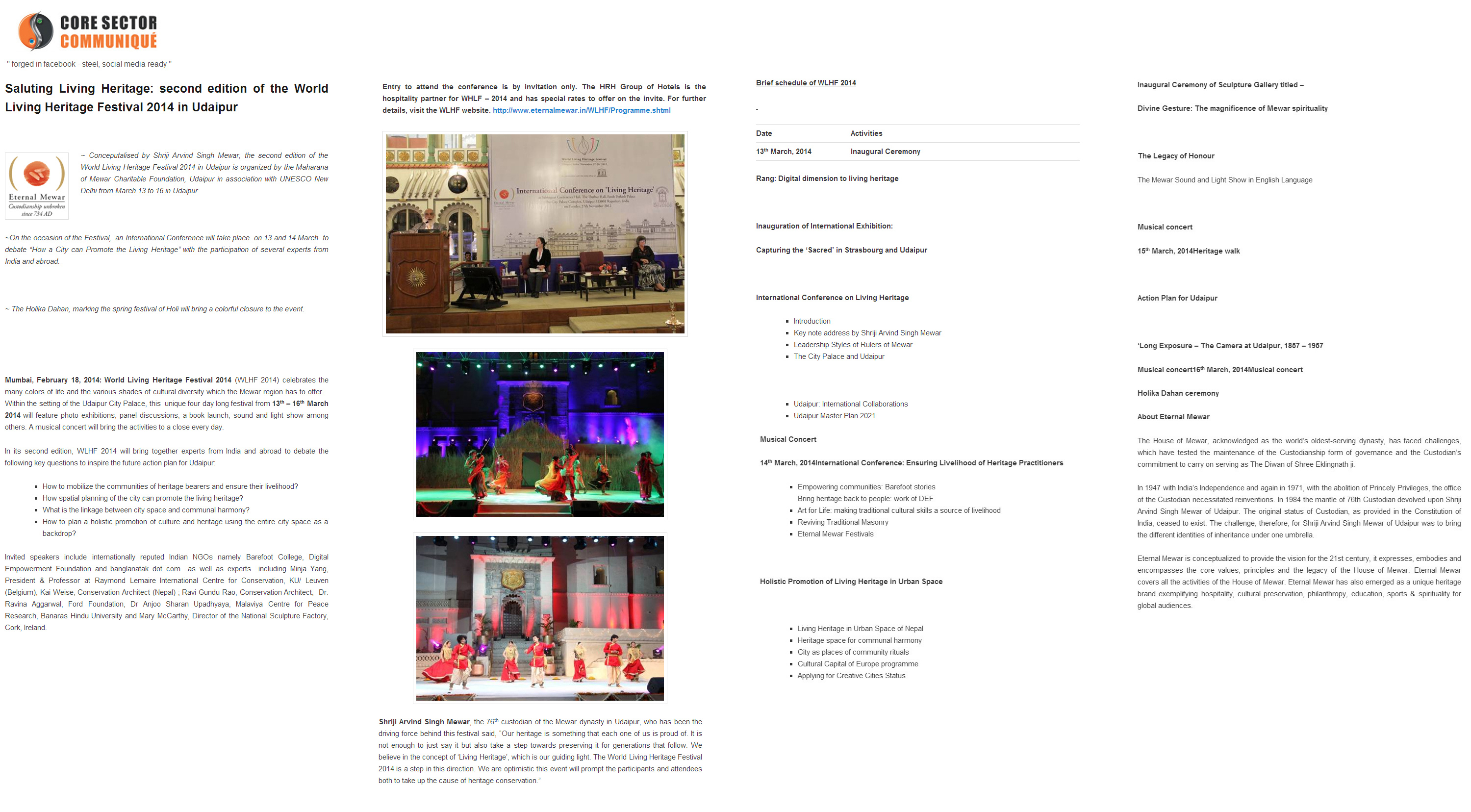 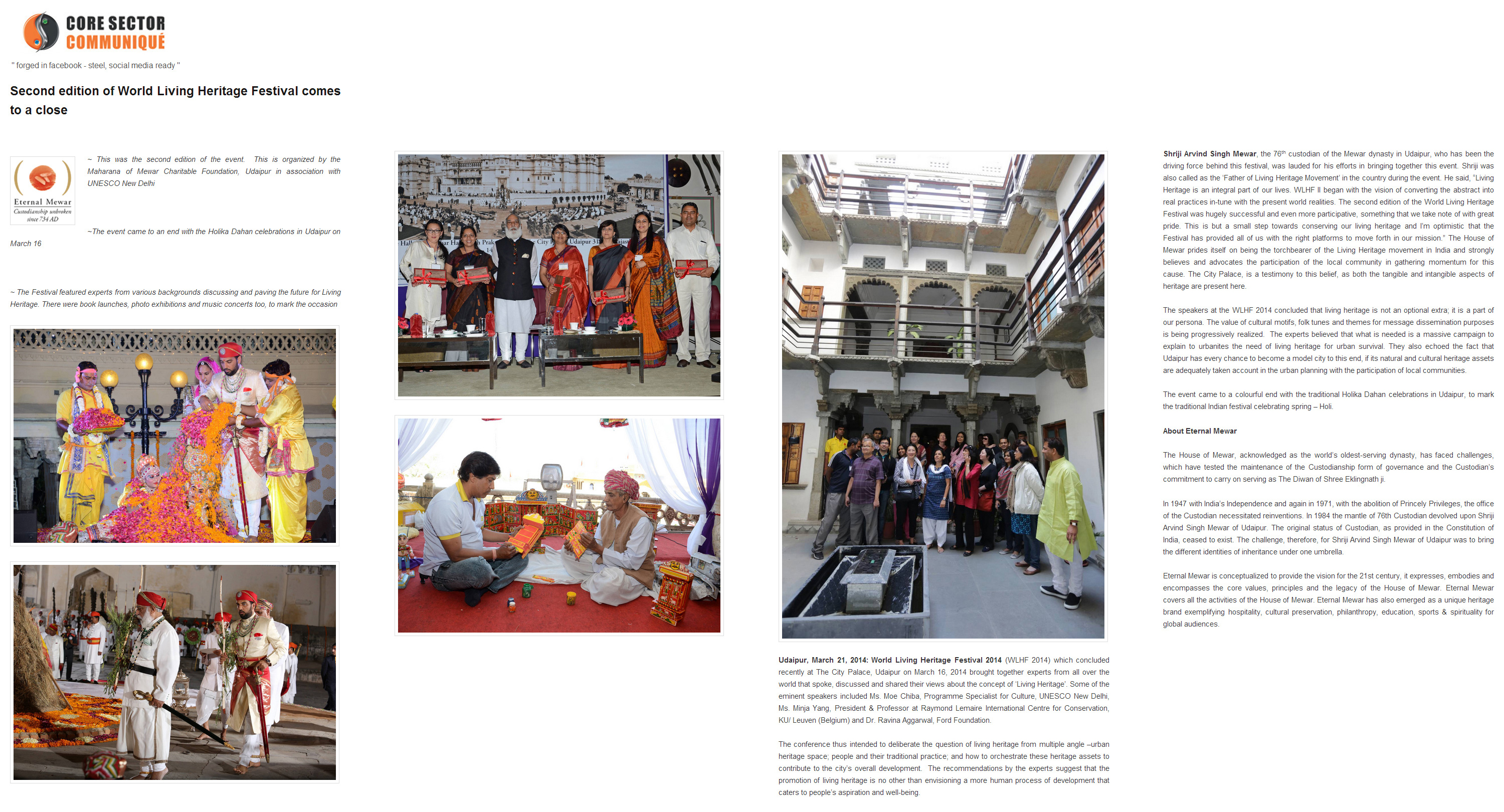 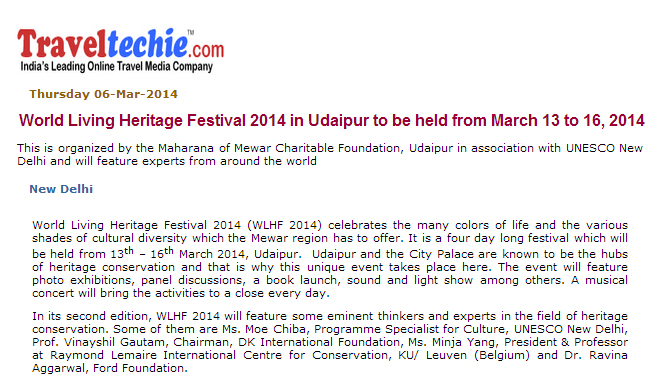 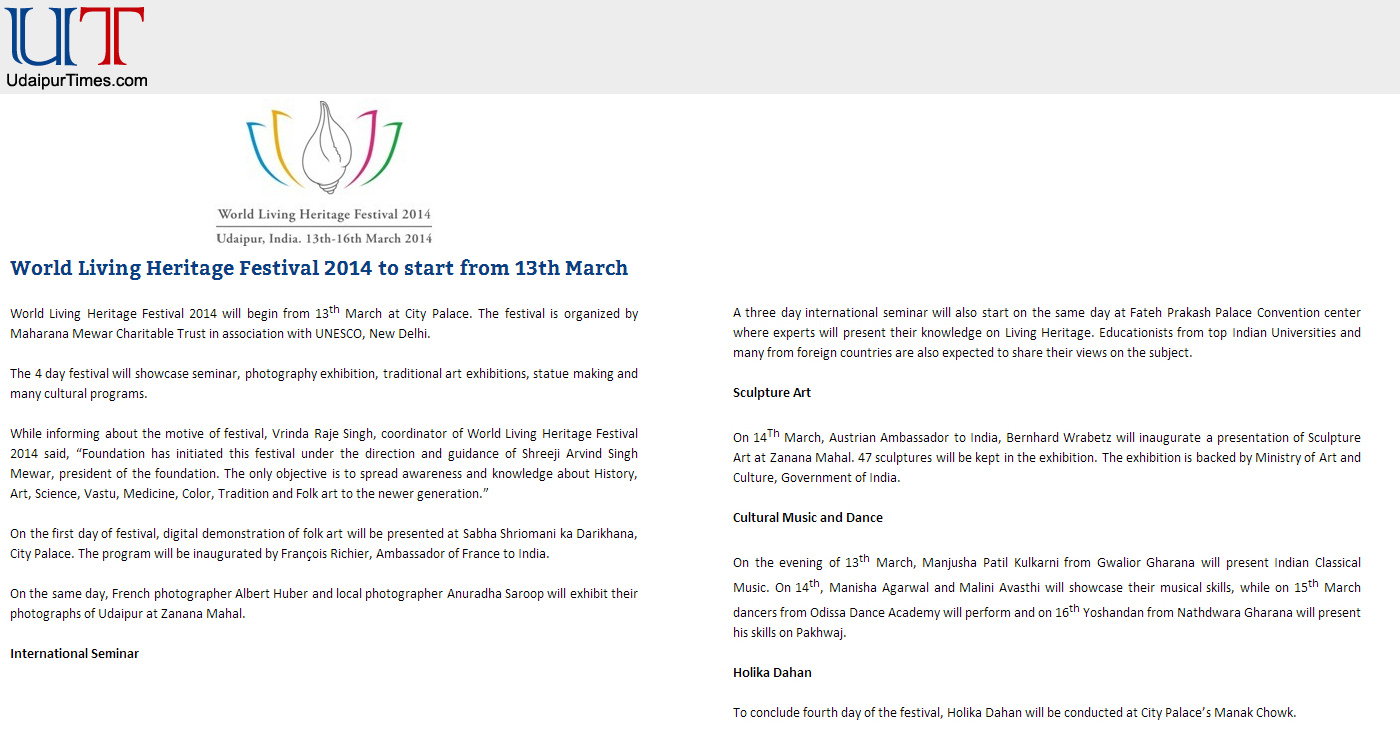 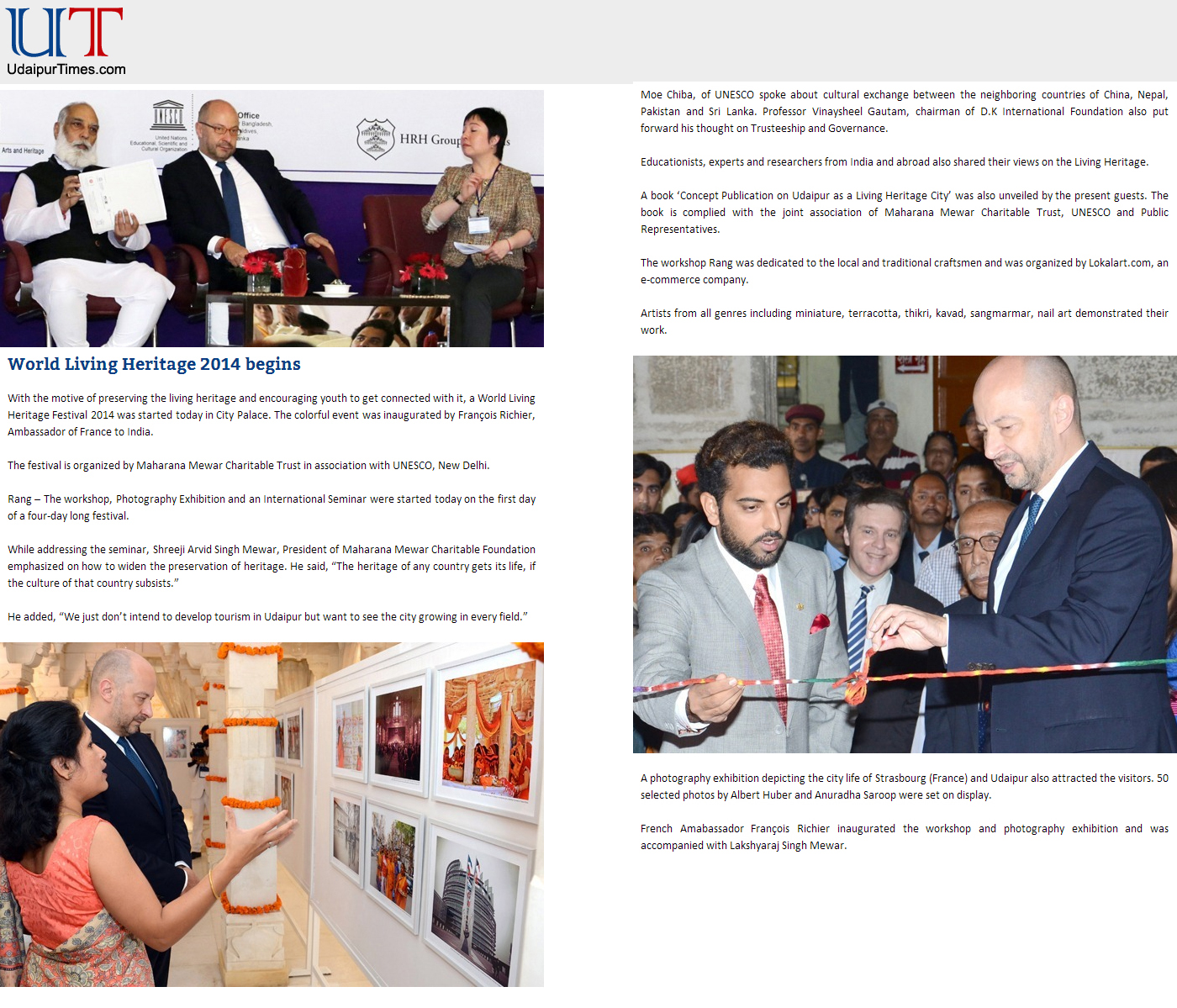 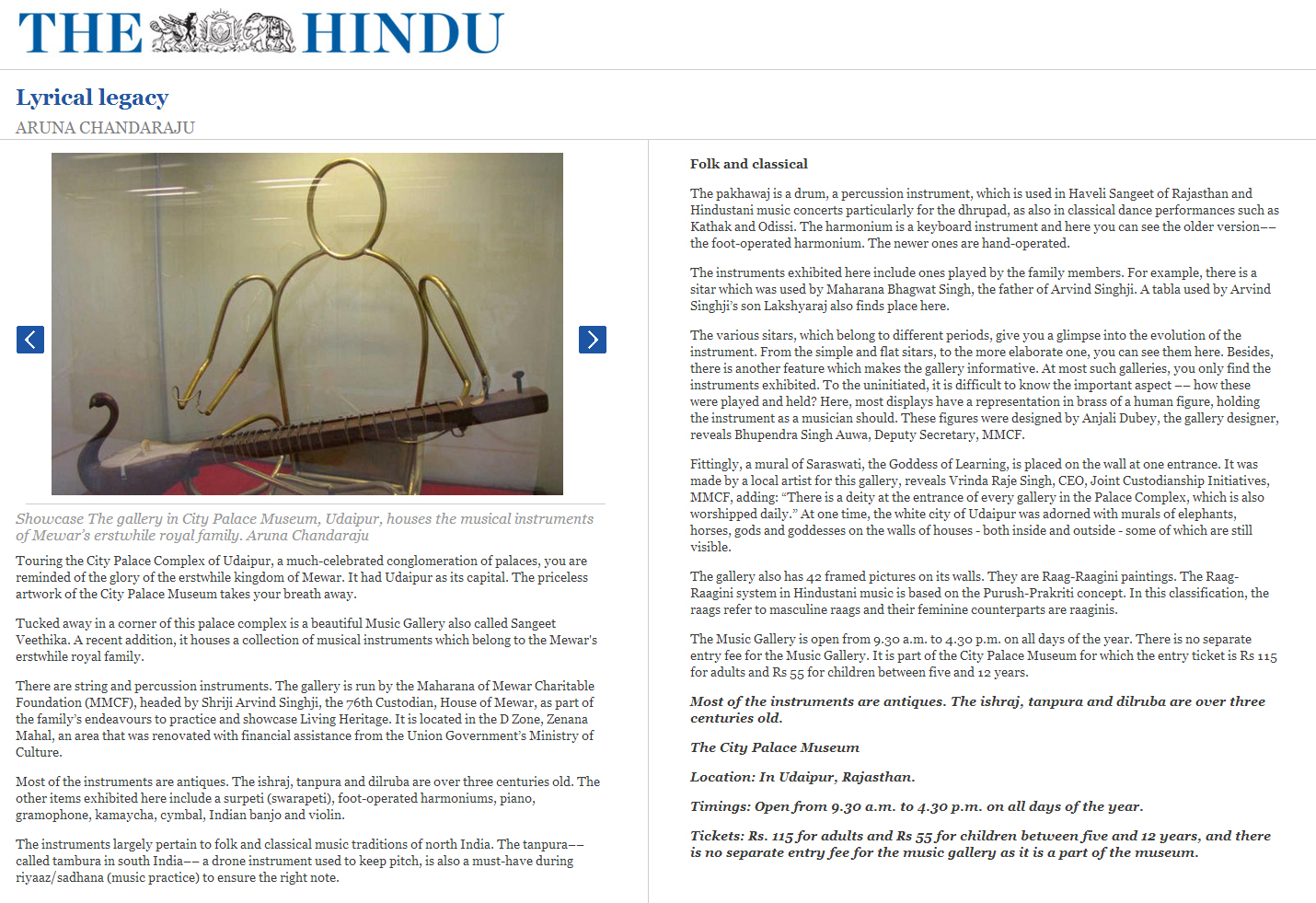