Shriji Arvind Singh Mewar of Udaipur becomes the first man from India to represent an Awardee of the WT Award for "Contribution to universal culture" at the United Nations. The award recognizes his leadership and work through the Maharana of Mewar Charitable Foundation, Udaipur. It is a unique case study of governance at the highest level that mankind can aspire to, both in personal and business environment. The only other Indian to win this award is Ms Ela Bhatt of SEWA.

The Women Together Association (WT) is a nonprofit organization created in 1996, which in association with the United Nations, focuses on eradicating poverty. In accordance with such aim, WT promotes Microcredit financing and development industries such as local arts and crafts in underdeveloped countries, thereby empowering the individual and improving health and education. Women have been the main force in these industries and beneficiaries of such financing. Women Together honors prominent people in their fields who have contributed to this mission.

The Women Together Awards promote the implementation of ethical, philosophical, moral, economic, scientific and cultural values that open new horizons for the future of humanity. They also recognize personal and institutional achievements, mainly those that constitute a relevant contribution to universal culture and help reaching the UN Millennium Development Goals.

The MMCF is the largest of the nine public charitable institutions set up in 1969 to sustain the responsibility of the House of Mewar towards humanity after the amalgamation of the State of Udaipur, Mewar into the Republic of India in 1947. For over four decades, the MMCF, currently hiring a 260-member team has invested in mainly four areas: academia, eco-conservation, philanthropy and heritage conservation. In 2011 alone, it ploughed back, it’s own resources, close to US$ Two million for 32 projects it undertook. At its core, the MMCF is a symbol of a conscientious, uncompromising commitment of the House of Mewar to the founding principle of ‘Eternal Mewar Custodianship’ established in the year 734 AD.

If you wish to know more regarding the MMCF please click on: http://www.eternalmewar.in/mmcf 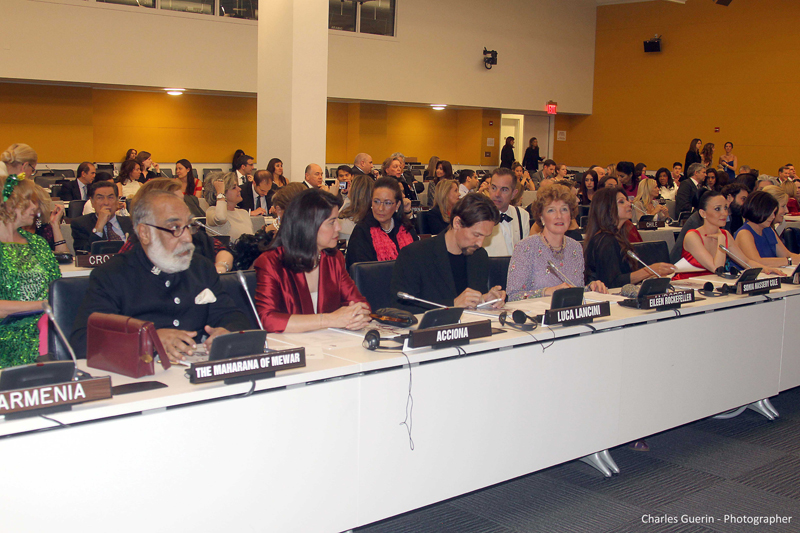